“The beauty of home brewery if you like to cook is very comparable to cooking on a homebrewing level.” – Steve Albers

And a great taste of craft beer. The site is located at 3126 Olive St, Saint Louis, Missouri.

Steve Albers is the owner of the joint, and he is one of the many to accomplish his dream. Alber’s goals were always to open his brewery since he became a brewer in 2010.

Alber works almost three years to gather investors to raise money and research in the market for a location.

The art of crafting beer is the passion of Albers. It became the center of the plan of his significant investment. 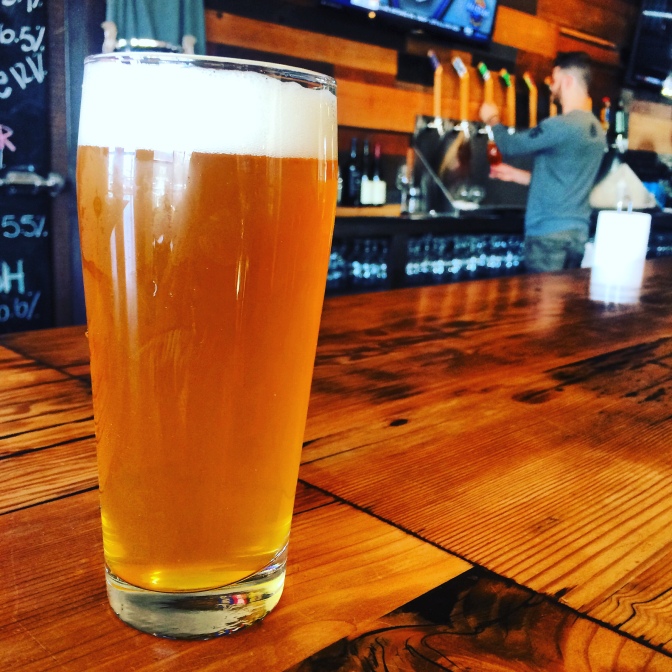 The “American Golden Ale” is one of the favorite beers at this bar. It is recommended to start with this one before trying the other ones on the menu.

Depending on the taste of a person, it can be a strong beer bitter taste, some like a smooth taste, or if some people are into the new sweet flavor in the beer.

For Albers’s beers, it has unique ingredients when he crafts beers. At least he has Albers personally has thirty recipes of craft beer on his own. “The beauty of home brewery if you like to cook is very comparable to cooking on a homebrewing level,” said Albers.

Center Ice Brewery is one of the few places that they craft their beer with their twits. At this point, Alber’s master brewer Bill McFarland says, “right know on set we have 8 (tap beers). We have a ten tap system eventually we want to grow into a 20 tap, and in one those 20, we want to have 18 out of own beers and two guest taps.”

Center Ice Brewery offers also rides to the hockey stadium when the local team the “St. Louis Blues” is playing.  They offer rides as long as you purchased their beer at the bar. Show the receipt to the bus driver, and he will take you to the stadium and bring you back to the bar when the game is over.

View all posts by Claudio Cobos